Elissa Miller is a bankruptcy lawyer and business litigator. She is a member of the Chapter 7 Panel of Bankruptcy Trustees appointed by the Office of the United States Trustee in the Central District of California and also serves as a Chapter 11 trustee. In addition to serving as a trustee, she represents secured and unsecured creditors, creditors’ committees, and trustees in both Chapter 7 and Chapter 11 bankruptcy cases.

Ms. Miller has served as trustee in several high-net-worth individual cases, including In re Nancy Johnson (individual with real property in Bel Air and Brentwood areas of Los Angeles – creditors paid 100%) and In re Hertz (movie industry executive with property on Point Dume in Malibu – creditors to be paid 100%). Her experience as a Chapter 11 trustee includes cases such as In Re Arroyo Vision Care, LLC, where she confirmed a Chapter 11 plan and paid creditors 100%. She is currently serving as the Chapter 7 trustee of the infamous Girardi Keese plaintiff’s law firm.

In her legal practice, Ms. Miller has represented official Committee of Creditors in Chapter 11 cases, including In re Green Fleet, LLC (est. recovery of 42%); In re Sanford Deutsch (100% distribution); and In re Gianulias/Cameo Homes, Inc. (25% recovery in what appeared to be no-asset case). Ms. Miller has represented numerous creditors in healthcare-related cases and debtors in Chapter 11 and complex Chapter 7 cases, including the trustee of a windfarm in Riverside County, CA. Ms. Miller’s private clients include, among others, corporations, banks, and other lenders, as well as several high-net-worth individuals and other small businesses and financial institutions.

Ms. Miller is a member of the State Bar of California, the Los Angeles County Bar Association, the Financial Lawyers Conference, and the National Association of Bankruptcy Trustees. She is currently an advisor to the Executive Committee of the Business Law Section of the California Lawyers Association (formerly a part of the State Bar of California). From 2007 to 2014, she was a member of the Insolvency Law Committee of the Business Law Section, where she served as Co-Chair for the 2011-2012 bar year. Since 2007, she has been a member of the Board of the Los Angeles Bankruptcy Forum, and she served as its President for the 2014-2015 bar year. She was a Founding Member/Director of the Los Angeles network of the International Women’s Insolvency and Restructuring Confederation.

Ms. Miller also supports various non-legal organizations, including serving as a member of the Board of Directors of Valley Community Healthcare, a federally qualified community health clinic, and volunteering as a financial mentor through Imagine LA and at the Karsch Center for Social Justice at Wilshire Boulevard Temple. Ms. Miller is a member of the Advisory Board of the Southern California chapter of CARE (Credit Abuse Resistance Education), presenting programs at local high schools on the responsible use of credit. In addition to the foregoing, she is a frequent speaker on a variety of bankruptcy topics.

Ms. Miller was admitted to the California Bar in 1985. She received her B.A. from the University of California at Los Angeles, and her J.D., with honors, from Southwestern Law School.

When not practicing law, Ms. Miller enjoys spending time with her family and longtime friends, shopping with her daughter, reading, cooking, and playing with her dogs, Dewey and Theo. 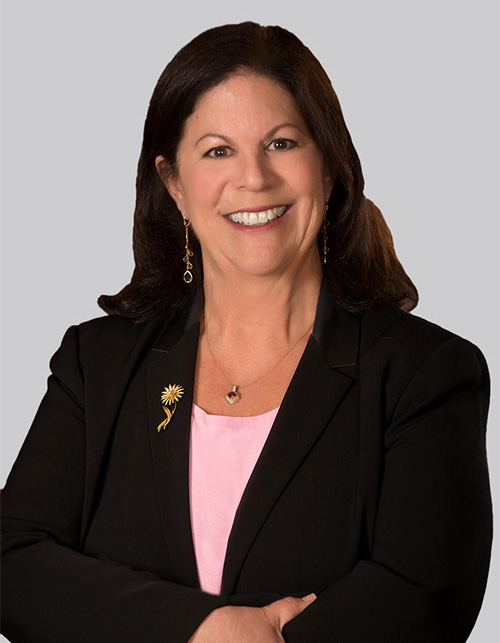